Omni Properties evolved from the Paul Graham Fashion design and manufacturing business established by Paul Graham in 1966. This was an exciting period for British Culture spearheaded by the revolutionary youth culture and music scene of the time, bands such as The Beatles, The Who and The Rolling Stones epitomized the 1960’s and an integral part of this period was also the revolution in fashion. Paul Graham saw the opportunity to design and mass produce affordable high fashion aimed at the young female market. In the mid 1970’s his wife, fashion designer Hanne Graham sold her Knightsbridge boutique and joined the company. During the 70’s and 80’s the business grew and prospered supplying well known chains such as Chelsea Girl (now River Island), C&A and Top Shop. 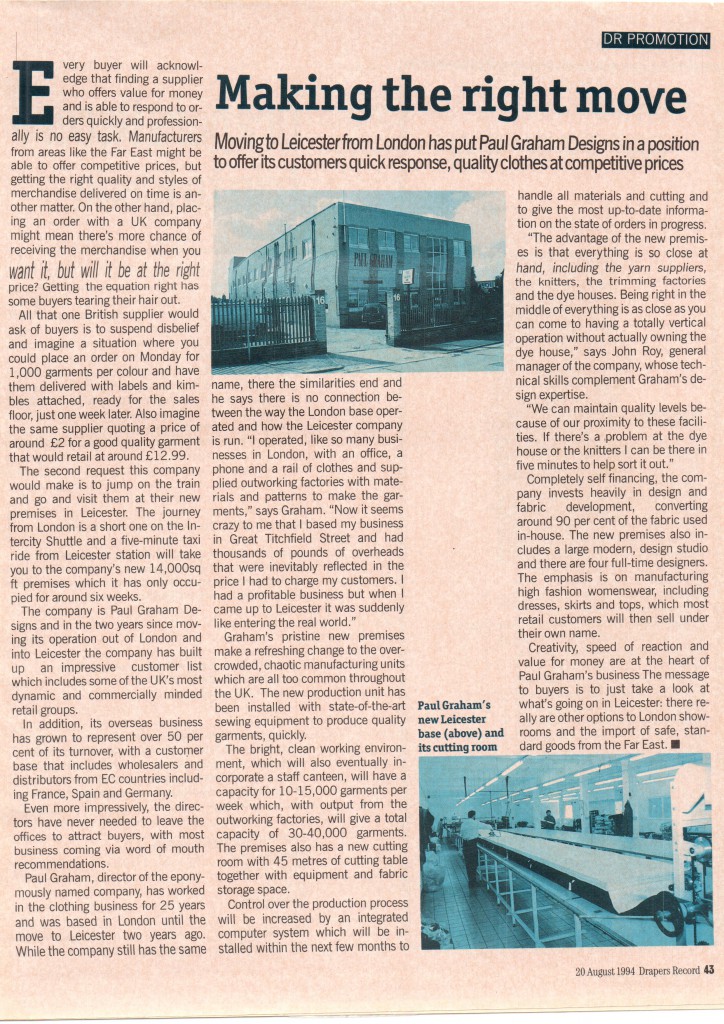 In the 1990’s the company set up a large factory in Leicester where production peaked at 50,000 units per week. The design department headed by Hanne Graham helped the company win large orders each season of which 70% was exported.

As the 1990’s progressed the business continued its investment into commercial property. Increasingly production was being carried out in Asia and it became less viable and in turn more financially risky to manufacture out of the UK. And in 2000 the fashion manufacturing operations wound down with some parts of the business being sold off.

The fashion division became more consultancy focused assisting retail clients with their design and manufacturing process. Throughout the 1st decade of the new Millennium the company made further investments in commercial property. On some occasions selling off assets when values appreciated and then re-investing the proceeds back into property investment opportunities where there is potential to add value.

By 2010 the company had built a property portfolio concentrated around London, the South East and The Midlands.

With the company’s routes in the fashion industry and a natural understanding of the consumer, such as where they shop and locations that have potential for growth, the business has mainly focused on the Retail and Leisure sectors. The company is now building a more diverse portfolio by investing in motor trade, trade counter, industrial/distribution, out of town retail and office.

Historically the business did not construct its own properties. However over the years managing the portfolio has involved some low scale building works for asset management purposes. And more recently developing from the ground upwards new build to specification for the company’s long term tenants.