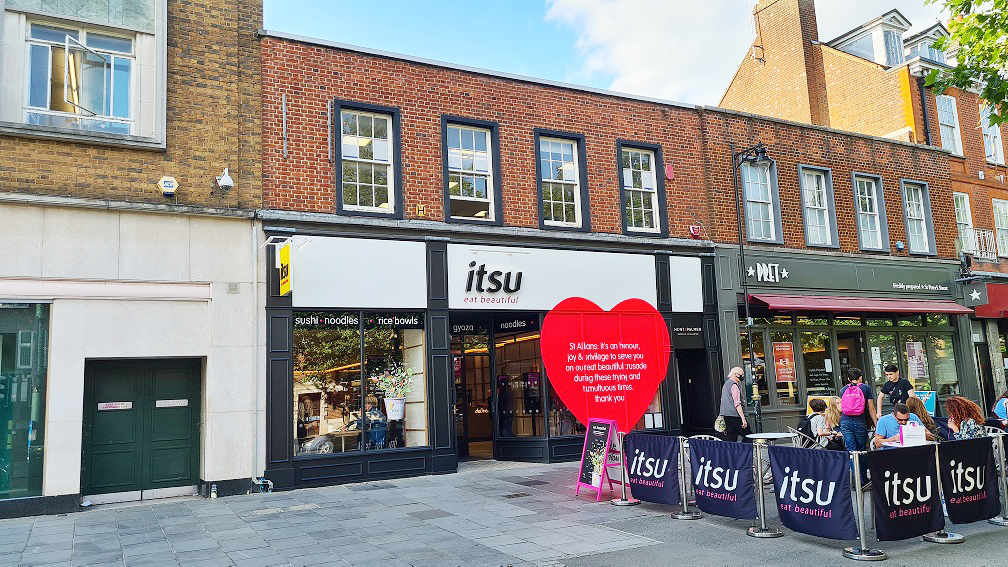 Formerly known as Verulamium during the Roman Empire it was a major trading and garrison town and second in terms of size and importance after Londinium during Roman Briton. Still retaining a great deal of historic buildings and ruins, two Millennia later St Albans is an important and growing commercial and commuter town located just 20 miles north of Central London. Strategically St Albans is important, situated close to the M1 and M25 Motorway Network as well as having 2 train stations providing frequent and fast services into Central London and beyond.

Located on a prime position in-between Marks & Spencer and Pret A Manger and other retailers including Costa Coffee, Vodafone and Boots situated in the immediate vicinity.

The property consists of 2,300 sq ft on the ground as restaurant ”grab and go” let to ITSU and a separate 1st floor office of 770 sq ft occupied by Hunt & Palmer Private Aircraft Charter.